With New Year’s right around the corner, you are probably trying to come up with some New Year’s Eve ideas to do with your family and/or friends. New Year's Eve is one of the biggest celebrations that happens every year across the globe and many are happy to see the end of 2021. Because of the pandemic, people have not had the chance to party like they did during pre-Covid times. After many years of battling the virus and facing restrictions, it is time to start the new year with a bang. Although, Covid is not disappearing into the sunset any time soon, we must make the most out of it.

New Year’s Eve is always about celebrating, having fun, and saying hello to the next 12 months. Therefore, when planning a party you first have to have a goal which is a night that everyone will remember or not - depending on the alcohol intake! So, you might be thinking, how do I have a good party? What are some good New Year’s Eve party ideas? Well, you came to the right place. 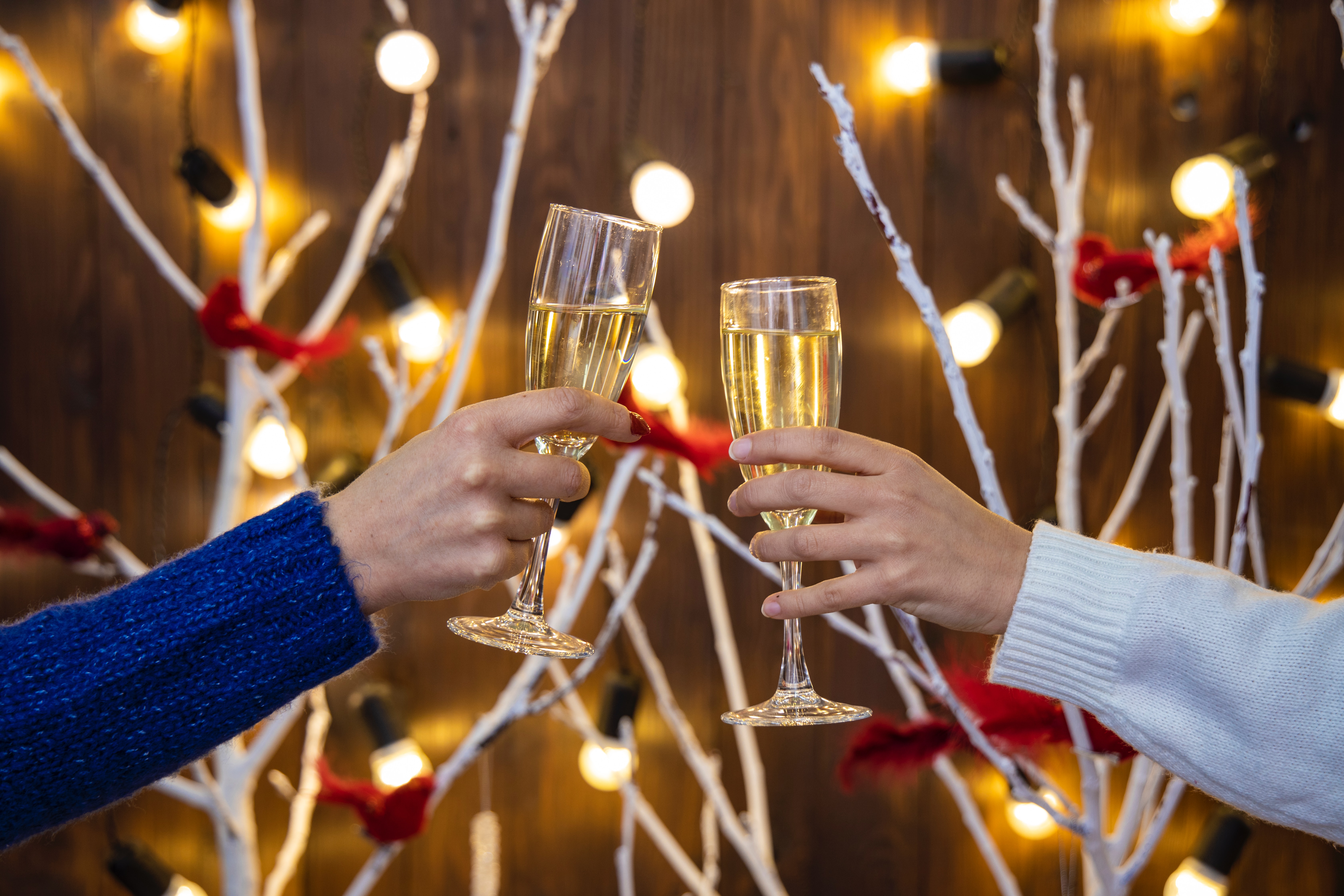 How exciting! Now that you have decided that you want to plan a party for New Year’s Eve, it’s my

Theme: Having a theme will help you be more organized but also already sets the dress code for your party. Some New Year’s Eve themed parties can be Great Gatsby, black tie, masquerade, pajama party, disco or a 1970’s glitter extravaganza! Really anything luxurious and over the top will work for a New Year’s Eve party.

Activities: It’s a must to have some activities that guests can use to break the ice and interact with others, such as having a New Year’s Eve resolution jar (where everyone can write down their resolutions), drinking games (make drinking cards, for example, drink if the person on your left has blue eyes. Another interactive activity can be a photo booth station (add some crazy hats and glasses), and maybe even get some arts and crafts items for people to make their own silly New Year’s hats to wear during the countdown to midnight.

Food and Drinks: Have a cute stand where everyone can make their own cocktails, or simply have a lot of booze! Some New Year’s Eve food can be cupcakes with alcohol flavour, canapes, fondue, pigs in a blanket, empanadas, shrimp cocktail and many other appetizers would perfectly fill the bill.

The Countdown: For the countdown, you can make a giant clock on the wall or project the countdown on a white wall. And don’t forget the champagne! Also grab some sparklers, confetti poppers, noisemakers, crazy hats and then it’s up to you and your guests to have a real blast! the rest is for you

These New Year’s Eve party ideas will definitely make your party known to be the party of the year. Plus, most of the ideas mentioned do need some sort of investment but most of it you can DYI it, which is great especially if you want to do a New Year’s Eve party on a student budget!

Or, if you are the type of person who celebrates New Year’s Eve with the family or simply just wants to stay with your family this year due to Covid restrictions, here are some ways to make this New Year’s Eve party for your family fun! Some New Year’s Eve house party ideas for you and your family to enjoy could be dressing up elegantly just to get that New Year’s Eve feel. Now that you are back home with your parents, get them to buy a nice champagne for the countdown. You can even make crazy hats and turn it into a contest. Turn up the music and dance the night away with mum, dad, siblings and cousins! Although in our eyes it might seem like our parents are “too old” to have fun, they also like to be reminded of their youth. So maybe do a karaoke night, play board games or

make some cupcakes with everyone pitching in on the decorations.

Speaking of decorations, now on to New Year’s Eve decor ideas for the party venue. You and your family don't have to go all out but you should pick up some 2022 balloons, confetti, glitter and place candles around your living room (careful with the flame!) or even make your own mini-champagne bottle labels. Planning a New Year’s Eve party for your family can actually be very fun, just do not leave things to the last minute as those party decorations could get sold out.

There are so many New Year's Eve ideas to choose from. But remember, keep safe and just have fun!

How to make New Year’s Eve fun during lockdown?

A way to ensure your new year fun this time around is to surround yourself with family and only the closest friends. However, make sure everyone does an antigen test before seeing each other - better safe than sorry!

What are some good New Year’s Eve foods for a party?

The best food to serve at a New Year’s Eve party would be appetizers or other things that people can easily eat. Avoid making a full meal as everyone is mainly there to drink and have fun. But yes, keep some food around because you cannot drink on an empty stomach!

What music should I play for my New Year’s Eve party?

There are tons of playlists on Spotify for New Year’s Eve. But a go-to would be a throwback to the 2000s playlist as everyone knows those songs for the ice-breaking and hilarious sing-a-longs as the champagne loosens inhibitions.