Half a year ago I met a classmate that I had not heard from in years. He was a gangster at the time but had completely changed his life since - Graduated in medicine, rich AF and in a tight suit. That meeting prompted me to think about where I stood in my life. It led to a surprising conclusion.

In high school, I was in class with Sjors. Sjors loved fighting instead of playing football. He got involved with the wrong friends, came to gym class with a huge stab wound and always got his grades back from a head-shaking teacher. Partly because of those reasons, I did not spend a lot of time ~with Sjors in the class, and the headmaster waved him off a bit. "He’s not going to make it," I thought to myself. For years I did not hear anything from him.

That was until Christmas last winter, when I was drinking my last beer in a pub, suddenly Sjorsje turned up out of nowhere. Whiskey sipping in a three-piece suit. He had just graduated in medicine and held his graduation drink.

After some short-lived jokes about the past, it turned out that life was going well for him. Back in the day, his roommate had convinced him that crypto coins would be the shit. Long story short: he had now had a house built in Amsterdam West off the profits of his bitcoins.

There I was standing in my Primark outfit with my prejudices …

Why is street hood rat Sjors more successful than me?

Hoodrat Sjors had suddenly become a successful boss. How bizarre can life be? I had never had any stab wounds, nor had I been expelled from school, but I was at the bottom of the food chain in my company. With a mediocore salary.

How else could I, just like Sjors, also have a house built without having to sell all my organs? With regard to crypto coins, I had long missed the boat. I decided to explore my options.

In my search for answers, I came across the book Outliers by Malcom Gladwell, which is about the story of success. Why are certain people outliers to the rest of humanity, and how did they manage that? What makes people like Steve Jobs and Bill Gates so successful? 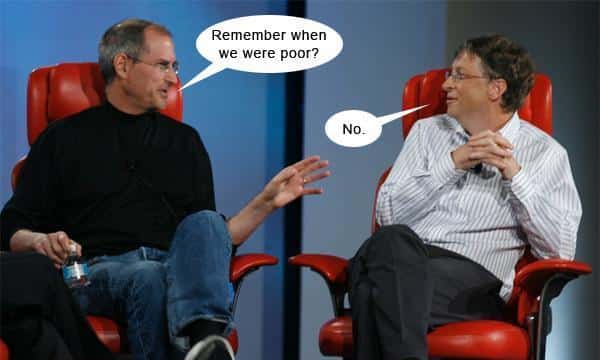 Of course, successful people are usually blessed with talent, but with that alone, you can not make it. Perseverance makes the difference. You've probably heard that you have to spend ten thousand hours somewhere to be good at something. That is also the conclusion that speaks from this book.

An example: before the Beatles were famous, they went every summer to well-worn nightclubs in Hamburg, where they played gigs of eight hours in a row. They worked long days for little money. For years. Even with as much talent as the Beatles, you have to invest hours and hours to get to the top. Imagine.

Of course, there are also many people with a lot of talent and perseverance that you have never heard of. What is wrong with them? They have no luck or momentum. To really become an outlier, you have to have the time. As Sjors was lucky that the bitcoins went sky high. And as Bill Gates had the good fortune of being in a school, the first in America to introduce children to computers.

I work as a social media specialist, and I think I have talent. I'm sure I have perseverance. Why am I not yet successful? Because I have no momentum. I grew up with a Game Boy Color instead of a smartphone in my hand. Facebook only became big when I was 19 years old. Too late for me. The Bill Gates of social media I thought I was going to be will no longer happen. 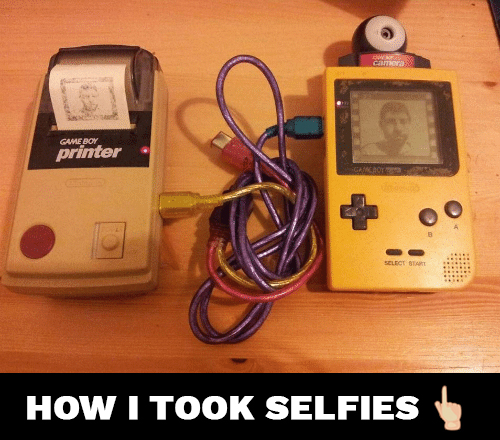 But is that so bad? When I read about Bill Gates, Steve Jobs and all those others, I discovered that they didn’t do anything else besides their work. They really didn’t work forty hours. They worked eighty. They gave everything to build their career.

Sure, their work was their passion. But they were already workaholics at the age of eighteen. And once you've made it, it will not be less. Then you can not sit back and enjoy. Because in order to remain successful, you have to work much harder. Is that the life you want?

Not me. I really want to make a career and I will certainly do my best for it. But having a nice life is just as important. If not more important. You have to work to live, not the other way around.

Success is subjective. Gladwell says you have to be lucky to be successful. But what if those two are the same? My happiness is that I grew up in a family where I never felt like missing anything. I like to spend my 10,000 leisure hours on friends, hobbies and other fun shit.

The book, Outliers, gave me a perspective on success, but I decided success for me is to invest time in what I really think is important and what makes me happy. 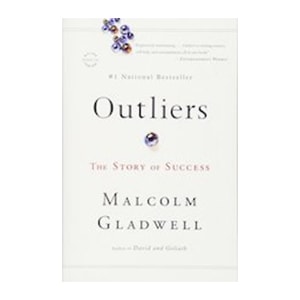 Curious about the book? This is it.

Sander Post is Social Media Coordinator at YoungCapital, but is now also calming down on paper.