Top Tips to Ace at Typing 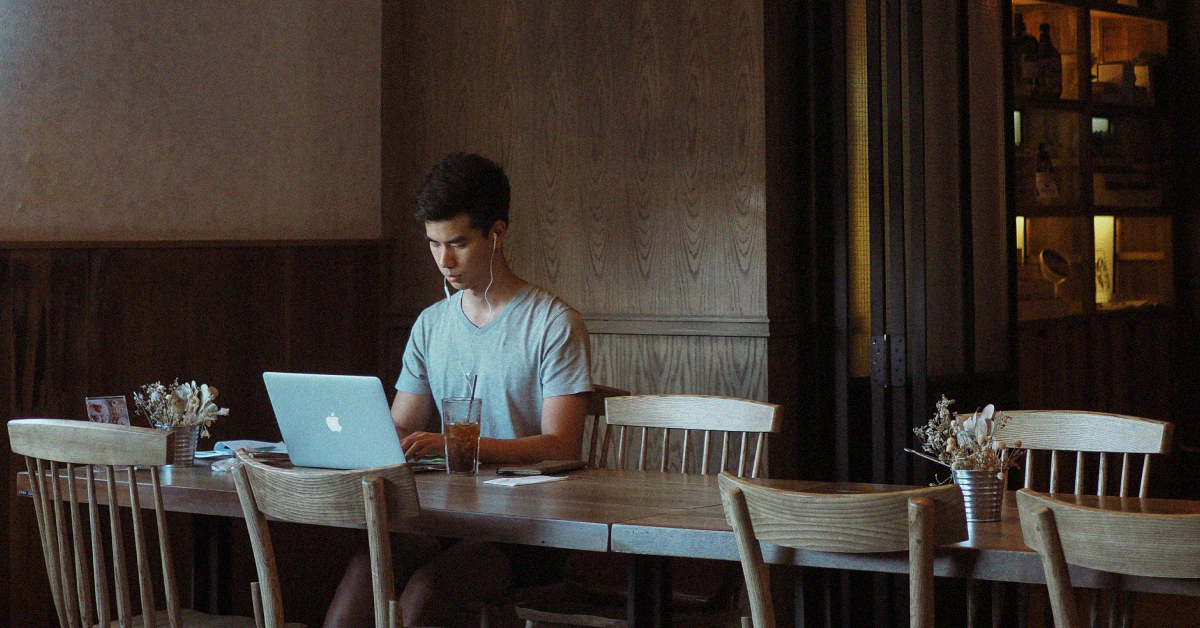 There’s not many jobs where typing skills don't come in useful. Even hands-on and people-facing jobs require the ability to quickly and accurately type letters, reports, notes, social media posts or blog posts.

While the bulk of professional typers’ work involves transcribing from audio, good typing isn’t only useful for transcribing speech. For example, people have different methods of dealing with writing – you’ll have found this with your uni coursework; some prefer getting everything down on paper first, others find voice notes can be a great tool when an idea strikes, but there’s nothing as satisfying as typing out your initial thoughts and reworking them into a polished essay. Cathy Bennett from Fingertips Typing, a transcription services company, gives us her tips for sharpening your typing skills.

Employers are going to expect you to be on the ball, and the ability to take good meeting notes is a must for everyone, not only for secretarial staff. Accuracy isn’t necessarily about recording every single word that’s said; it’s much more important in most meeting situations to capture the content and any actions that people have agreed to, to make sure that everyone is pulling their weight. Tech is your friend in meetings, and as long as everyone is aware that you’re doing it and what you’ll do with any data, taking a quality audio-recording to transcribe later is useful if you’re not confident at listening and typing at the same time. You don’t need an expensive kit to do this, as there are several great free apps that give reliable results.

Like transcribers, students have to absorb loads of different topics, and it’s a really useful skill in professional life, but it’s definitely one that takes a bit of practice. Listening and typing at the same time is not easy; if you can work on your touch typing, you’ll find that you can pay more attention to what is being said as you’re not focused on what your hands are doing.

How do I learn to type faster?

Many professional typists haven’t had formal typing training as such, but skill and speed developed with years of experience. Fingertips Typing work with typists who have experience in journalism, legal work, medical and academic fields; fast and accurate typing is a skill that comes in handy across loads of professions. But you don’t need pro-level skills, just enough to make your life easier and shine at university and then in your chosen career path.

The first step towards touch typing is making yourself familiar with where the letters are on the keyboard. Most people type with just their index fingers, which is just too slow and clunky. Relax your wrists and hands across the keyboard with both thumbs centred on the space bar and you’ll see that every finger naturally falls around the letters. There is no ‘right’ finger to use for each letter, but as your speed increases, you will develop a degree of muscle memory and naturally allocate specific fingers to letters.

When you start out, you’re going to make mistakes, and that’s okay. Learner typists often worry too much about getting every word right the first time – and that anxiety often leads to mistakes. Basically, relax and don’t worry about getting it word perfect; combined with a human eye, the spellcheck is accurate enough to go over with at the end to weed out any errors.

On the other hand, once you’ve picked up speed, don’t rely on spellcheck to pick up every mistake – it lacks intelligence and isn’t absolutely accurate. Developing the ability to touch-type – looking at what’s appearing on the screen and not at your fingers helps to ensure that you spot mistakes as they happen, which makes the final proofread much easier.

Our transcribers are not just expert typists, they have to have solid research skills as well. It can be tough as a student, trying to take in new information all the time, and going from one subject to another without much thinking time. At Fingertips, we transcribe for a huge range of clients and sectors, as well as transcribe for universities. We can’t be expert in every topic - but we don’t need to. While it can seem overwhelming to be bombarded with unfamiliar concepts and terminology, there are ways to make it easier. Don’t worry if you don’t recognise a word – type a phonetic version of what you’ve heard and research to replace it with the correct word later.   Sometimes we type from languages other than our native tongue and it’s okay to transliterate – put down the phonetically closest equivalent to what we’re hearing, and do your research afterwards.

Transcribers have to produce a transcript that is either a verbatim record of what was said, or as close as possible removing habits of speech like ‘err’ and ‘um’. When that’s not necessary, e.g. typing a lecture or meeting notes, typing in your own words or summarising what’s been said is a really good way of processing the information you’ve heard and much more useful than just reading back from the lecture slides.

The really tricky bit comes when you have to type different people’s input, maybe in a seminar, or a research focus group, especially if you’re not familiar with the voices.

Transcribing a meeting with multiple people

When transcribing dictations with multiple speakers to think about what makes each one distinctive – accent, tone, pitch or what age the person might be. I keep a list beside me to jog my memory with lengthy large group transcripts of the properties of each person’s voice. If you’re a visual person, it can help to visualise what that person might look like and where they are in the room based upon what you can hear in the recording.

To sum up, learning to type well will benefit you in your studies and throughout your career, but don’t worry, it is a skill that you can develop quite easily over time, and if you’ve got an audio to transcribe that’s just too intimidating, you can always rely on professionals.