Is the COVID-19 Pandemic Going to Push Even More Young People into Trade Schools? 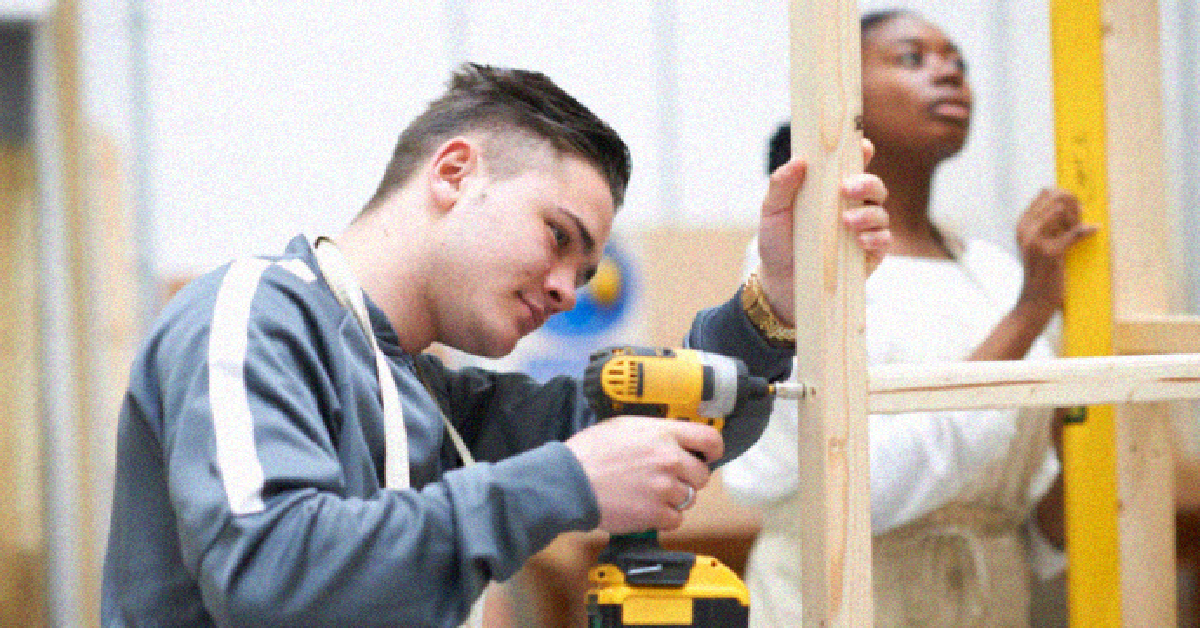 As college-age students consider their options, they may be thinking twice about signing up for university education programs. They might have parents who've either lost jobs or once owned small businesses that have closed. Increased tuition costs coupled with insecure job prospects are pushing a sizable segment into trade schools instead of more traditional higher education programmes.

Universities used to provide job placement services that helped to ensure that students were able to find gainful employment the moment they graduated. A number of organisations have stopped doing this as a result of economic conditions exacerbated by the COVID-19 pandemic, which means that some might see the value of a college education being worth less and less. In turn, trade schools are reporting an increase in the number of students signing up.

Considering that the pandemic and other economic problems are international concerns, it makes sense that conditions are at least somewhat similar around the world. Students are starting to opt for trade schools in spite of the fact that these were long considered an inferior option as far as social status went. Practical considerations are quickly supplanting anything related to popular opinion.

In the United States, the situation has been like this for some time now. Crushing debt from student loans and increased costs of college tuition have made the situation worse, which in turn has forced countless secondary school-aged students to consider careers in traditional trades as opposed to academic ones. Some of the best trade schools have been ranked on the college rankings site Authority, which reports an increased interest in the field. With more and more potential students looking for secure jobs that are resistant to various international crisis conditions and economic downturns, people are turning to the trade fields for help.

Just like in the United Kingdom, many American students had the idea that trade school was somehow beneath them. They didn't like the idea that training to work in a specific industry might make those from academia frown on them for whatever reason. Now that many people in those fields are struggling, there's been a major shift in the court of public opinion. Educational institutions in Australia, Japan and several other nations have found similar trends among students in their home countries.

Economists believe that this might spur on some changes in the world of international trade, which in turn could help bring some jobs back to these nations as well as the UK.

The Impact of Trade Schools on the Labour Market

Despite the fact that many jobs have been shipped overseas, the UK is still the ninth nation in the world as far as manufacturing goes. That means there's still a large enough manufacturing sector to potentially kick start a major amount of growth in that sector. That could occur as the result of a trained labour force that's ready to take those jobs and maintain existing systems.

Assuming that could happen, a greater percentage of college-age students would be likely to take advantage of the trade school opportunities offered to them. In fact, any remaining concerns about societal judgement associated with trade school would more than likely peter out once people realized how some of these jobs pay quite well. Electricians and other technicians have increased their earning power while those working in many other non-technical jobs haven't enjoyed the same level of social mobility. At the same time, students in more traditional programmes have admitted to other concerns that have plagued the education market for some time.

Austerity measures passed as a result of the COVID-19 pandemic have caused some students to question how universities use their private information. Some colleges have admitted that they're monitoring the movements of certain groups of people in order to enforce social distancing guidelines while others are tracking the position of some students to see whether or not they're visiting infection hotspots.

This kind of behaviour is quickly attaching a certain stigma to college, which might further help to redefine the labour market in just a few short years. Perhaps most importantly, trade schools prepare students for jobs that are needed regardless of what might happen so these jobs are viewed as at least somewhat resilient against any future forced shutdowns.

At least some pundits have proposed permanently shutting down all public houses and other areas where people congregate, in hopes of stopping future scenarios like COVID-19 from happening again. While it's unlikely to ever get to that point, there's a good chance that the economy will continue to dramatically redefine itself in order to prevent contact between customers.

Those with academic degrees may be unable to adjust to this kind of realignment. Individuals who have electrical, automotive or HVAC backgrounds will still be needed regardless of what kind of legislation gets passed, however, so their jobs won't be in nearly as much danger regardless of what might happen on the international stage.

On-the-job employee training will probably become more popular in the process as well. This kind of opportunity enables students to earn at least some money while they're learning to become full employees of an organisation.

Regardless of which plan they pick, however, it's likely that an increasingly large percentage of young people are going to school somewhere else than their local four year college.