The editing stage, a.k.a post-production, is the most time-consuming and difficult aspect of the video-making process. It's also the most enjoyable. The selections you make in the editing suite are crucial, and there are so many options to pick from that it may be overwhelming, especially if you're new to the process.

It's true that editing is difficult, but the greatest way to improve and learn is to just put your head down and edit. 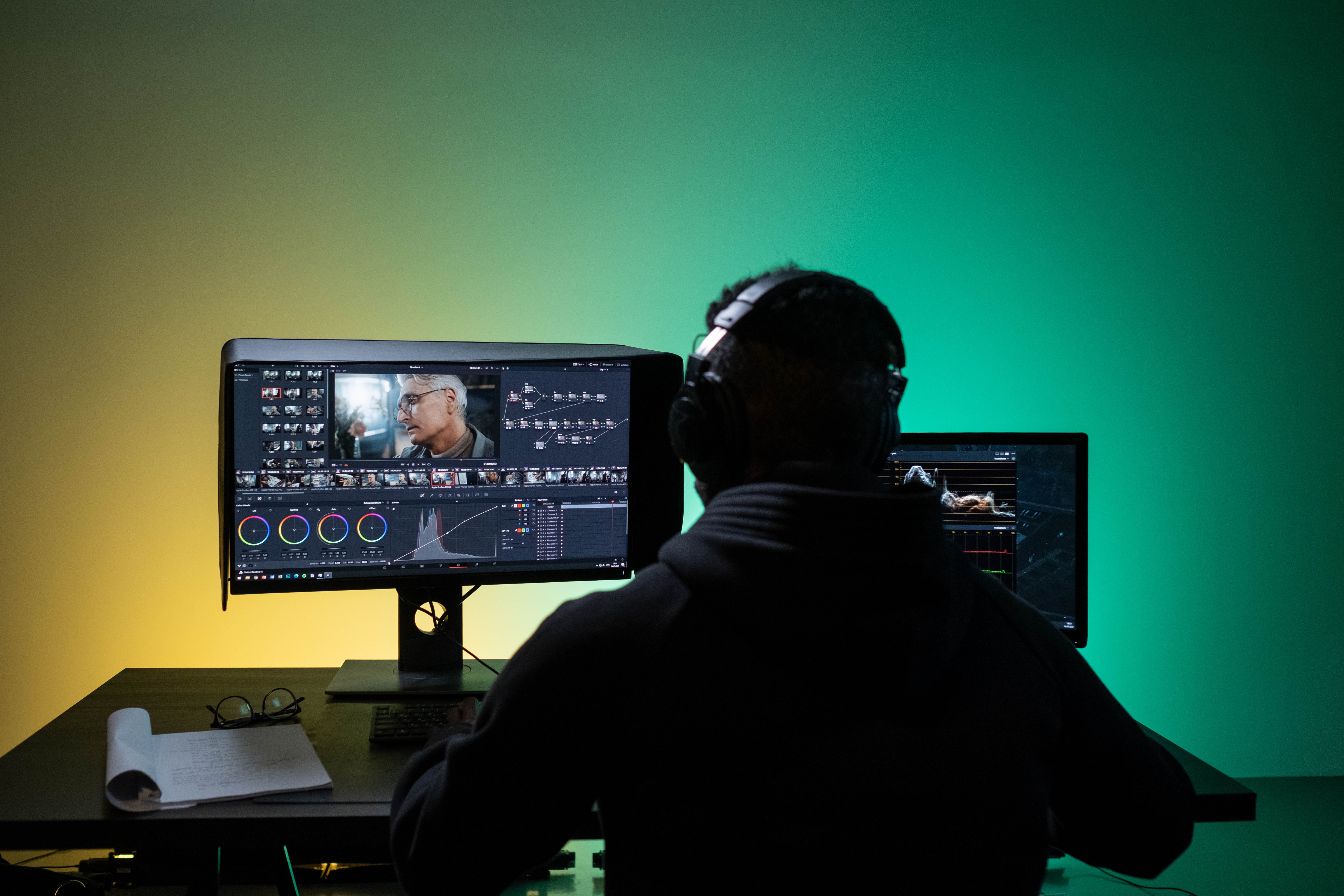 What to think about before you begin video editing

The editing process begins before you even turn on your computer and editing software. While you're filming, consider what your edit will require. Better still, plan your edit before you start shooting.

Creating a strategy, whether it's a short list or a rough overview of what you want to capture, can help you shoot what you need to make your vision a reality. You'll thank yourself later if you get organized before shooting.

Shoot enough to be able to edit well

"Coverage" is the term used by video editors to describe getting more than adequate material for your edit. It's the greatest approach to avoid problems throughout the editing process, or worse, having to reshoot. Here's how to make sure you're covered when shooting:

There are a plethora of editing software alternatives available, some of which are more sophisticated than others. Your selection should strike a balance between usability and performance. Every platform has a learning curve, which gets steeper as more features are added. You may use these questions to help you figure out which programme is best for you.

There is no one technique to edit a video. Your approach will be determined by the nature of your project and your creative tastes, but there are a few tried-and-true tactics that may help you optimize your workflow and, ideally, save you from having to learn the hard way.

1. Sort through your footage

Organizing your video clips will help you to discover the portions you need fast when you need them. Determine and stick to a management strategy and file structure. Create folders on your device for your project and subfolders for your raw clips based on their size.

It doesn't have to be anything fancy, but you should have a solid sense of how your product will look and sound. Make a rough sketch of your idea, or better yet, a short list that breaks down the visual and auditory elements of each scene.

If you want to use voiceover or narration, create a screenplay by sketching the points you want to make and then writing them down in a genuine tone. Read it aloud, make changes, then read it again until it sounds correct. Maintain brevity in your writing, and ensure that whomever is reading the script does so ahead of time.

Trim clips so that just the portions you need are included. Consider: What does my narrative require? It's natural to be protective of your film, especially if you worked hard to capture it, but a professional editor can make difficult decisions for the benefit of the larger production.

4. Make use of establishing shots

Viewers want to know where they are. While close-up and medium shots show the action up close, they frequently exclude the characters' (or objects') surroundings. An establishing shot depicts the larger framework of a scene, allowing your viewers to understand where everything fits and immersing them in the place.

5. Make use of match cuts

A match cut is a technique used by professionals to hide changes and establish continuity. A match cut is a cinematography edit that employs components from one scene to transition to the next.

The goal is to establish a visual match for separate scenes that aren't naturally related, such as sequences situated in different locales, by having a second shot that reflects the first in some way. Viewers focus on this aspect rather than the edit, giving the impression that the action in both videos is happening at the same moment.

6. Use the appropriate transitions - or don't use any at all

You probably don't require transitions if you're going from one clip to the next inside the same scene. Simply glue the clips together to cut from one to the next. If your movie has several scenes, you may wish to use visual transitions to connect them.

These transitions may assist determine the pace of your film as well as link sections. Keep to dissolves or crossfades. Transitions that are too complicated don't contribute anything to the tale and might overwhelm your montage.

7. Take note of the pace

Pacing refers to a scene's rhythm, which is determined by altering the duration of your clips. Some scenes, such as action sequences, employ quick pace to convey urgency; others, such as interviews or discussion scenes, are slower, more relaxed, and deliberate. Fast-paced sequences are often composed of shorter clips, but slow-paced scenes are composed of considerably longer takes, sometimes consisting of simply a single continuous clip. If the tempo of your video changes too suddenly or too frequently, it might be disorienting for your viewers. Maintain a sense of continuity between your scenes.

8. Decide on a colour palette

If necessary, utilize colour correcting software to give your film a more natural appearance. Color grading, or manipulating the colour and contrast of your photographs for artistic rather than remedial purposes, is also possible with many editing software. Although colour grading isn't required, it may help you convey mood and character and create the tone for your tale. Don't overdo it; little modifications go a long way.

9. Don't forget to include sound and music

High-definition video incorporates high-definition audio. To make language stand out and minimize abrupt volume fluctuations, balance the levels between your audio streams. Split edits, such as J-cuts, which place the sound before the image, are ideal for bridging audio between two independent clips or scenes.

Your music, more than any other part of your film, contributes to the sensation of immersion, so plan it carefully. Don't allow music to overshadow your soundtrack, and if you want to share your film publicly, be sure the songs you utilize are royalty-free or that you have cleared the rights.

10. Export to the appropriate file format

Export your video after you're satisfied with it. Different editing programmes have different exporting options, such as video format and other presets, such as bitrate, which defines the level of quality.

The video format defines how audio and video data is stored in your video file, as well as how that data is played back. The most common video formats are.webm,.mp4,.flv,.wmv, and.mov, which are all supported by major internet services like Youtube and Vimeo. Make sure the site you're using to upload to can handle your export format.

While you may learn how to chop together footage in a day, mastering the craft of video editing can take years. Fortunately for us, there are hundreds of free materials available online to assist you in being the greatest video editor you can be.

These days, all businesses should have websites. If someone wants to buy a pair of shoes, they Google: “best shoe vendors”. Without a...